FSL were proud to win Best Capital Gains Tax System at the Goodacre Systems in the City awards held at the Merchant Taylor’s Hall on Thursday 11th July.

Following an online nomination, survey and poll which attracted over 10,000 votes, a total of 121 companies were nominated for the 2019 Awards.  This is the second time the Capital Gains tax System category has been included in the awards, with FSL winning it on both occasions.

Individual commendations were also awarded to specific people whose clients had named them as going above and beyond the regular standards of service.  Goodacre’s iconic SITC FinTech ‘Blue-Plaques’ were presented to all individual winners that included FSL’s own Jimmy Fung who won an award for Excellence in Fintech Development.  Congratulations Jimmy! 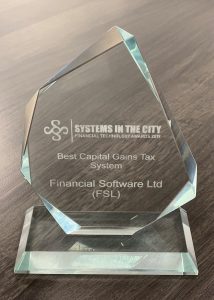 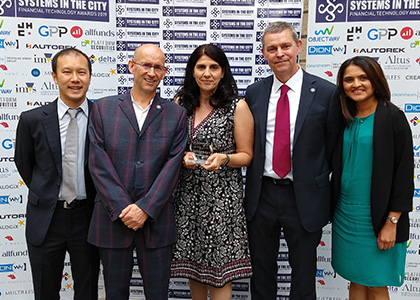 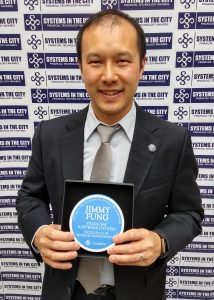